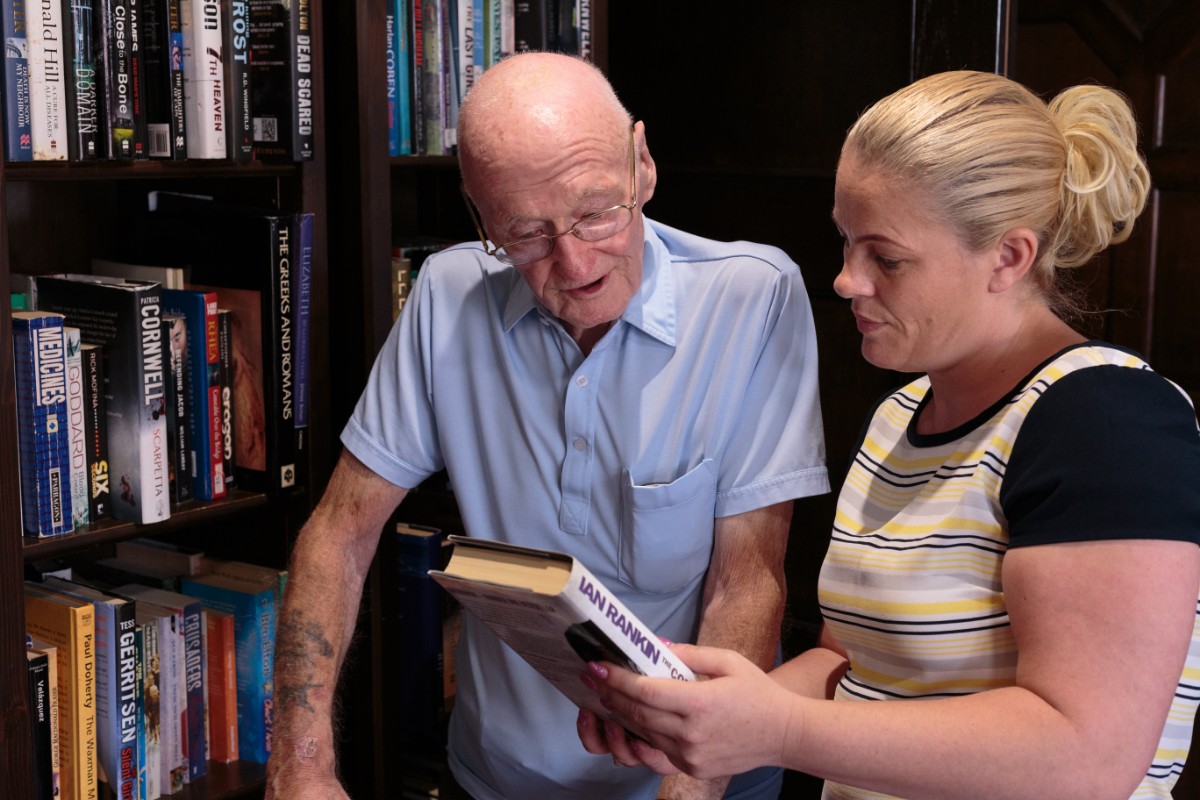 Over the last few years, as understanding about dementia has increased, we have seen more about this subject on the big and small screen, as well as in bookshops and libraries. We’ve rounded up our pick for you here…

Originally a novel by first time author, Emma Healey, which quickly became a bestseller, it was also adapted for the BBC in 2019. It tells how Maud, a woman with dementia, is convinced that something terrible has happened to her best friend, prompting memories of her sister’s disappearance many years before. The screen adaption stars Glenda Jackson and was well received by both critics and viewers.

This short, illustrated book sees a character called Jack explaining how dementia affects him. The book has been recommended as a useful way to help younger family members understand a relative’s dementia.

This documentary series hosted by Bafta-winning actor Vicky McClure, and broadcast on the BBC, was hugely popular with audiences. Vicky takes the viewer on a deeply personal journey (the choir is in memory of her grandmother who lived with the condition and died in 2015) to discover the true extent of music’s power in the fight against dementia.

Still Alice, a novel by Lisa Genova, is a compelling read about a 50-year-old woman’s sudden descent into early onset Alzheimer’s disease. Adapted into a Hollywood movie, Julianne Moore plays the lead character of this heartfelt drama.

A three-part documentary on Channel 4 exploring a particular approach to dementia care. Staff at the care home featured don’t correct the misconceptions of residents with dementia, but try wherever possible to join in with them and preserve their sense of wellbeing.

The 2001 film about novelist Iris Murdoch, who had Alzheimer’s, was based on her husband John Bayley’s memoir, Elegy for Iris. It portrays their later years alongside their youth, with Iris played by Judi Dench and Kate Winslet.

This book, by Martin Slevin, is based on the author’s experiences of caring for his mother who was diagnosed with Alzheimer’s dementia. Through descriptions of events they shared, the author gives an excellent and often humorous insight into the challenges family members face.

World Alzheimer’s Month reports that 2 out of every 3 people globally believe there is little or no understanding of dementia in their countries. With dementia affecting almost 50 million people worldwide, and a new case of dementia occurring somewhere in the world every 3 seconds, greater understanding is vital.

If you have any concerns about your relative and dementia, please speak to one of our experienced carers who will be able to offer you the advice and support you and your loved one need.