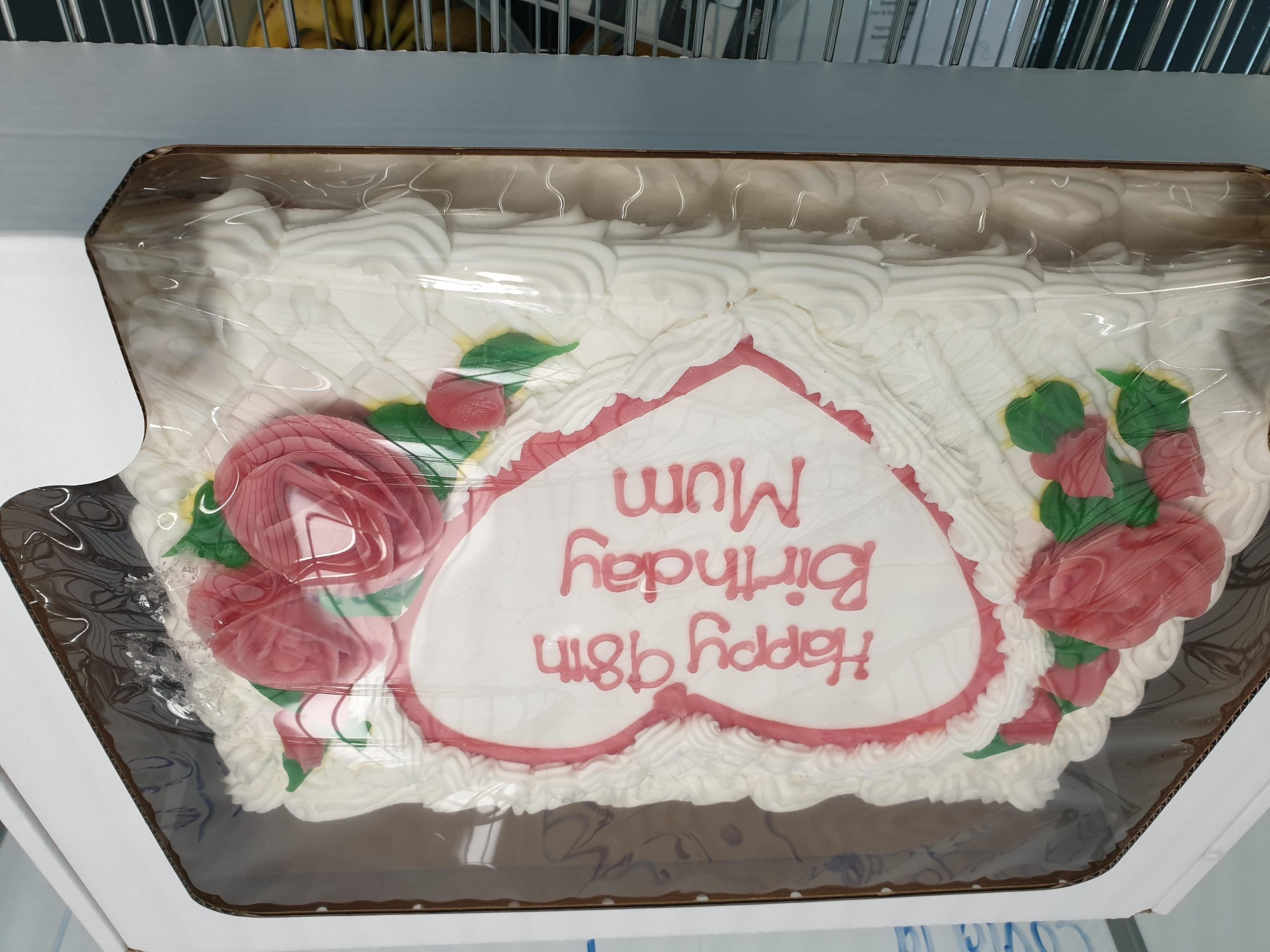 Staff at Bruce Lodge pulled out all the stops to give Mary a memorable birthday, despite lockdown.  Some of Mary’s family visited to sing happy birthday and wave to her from outside. Mary received lots of gifts and was treated to a large birthday cake and huge birthday balloon.

Later in the day, staff prepared afternoon tea, which Mary enjoyed with some of her fellow residents on the balcony at Bruce Lodge; making the most of the lovely sunny weather on her birthday.

Mary was born in Cleland, a small mining village in Lanarkshire, Scotland, and was the youngest daughter of seven children.  Mary was in the WRENS when she met her husband, Tom, who was a naval officer.  They eloped to Marlborough in Wiltshire, where her husband originated from, due to Mary’s strict catholic upbringing and her husband belonging to the Church of England.  Mary lived in Marlborough for many years, as well as spending time in Malta, Padstow and Lossiemouth while her husband was in the Royal Navy.

Mary has one daughter and two sons, along with seven grandchildren and four great-grandchildren. Both of Mary’s sons were in the Royal Navy, as are two of her grandchildren.  Mary moved to Stockport just over three years ago, as her daughter lives in the town, and has been happy and settled at Bruce Lodge ever since her move. 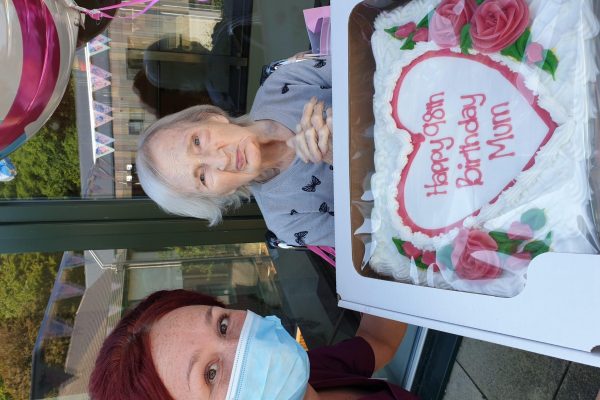 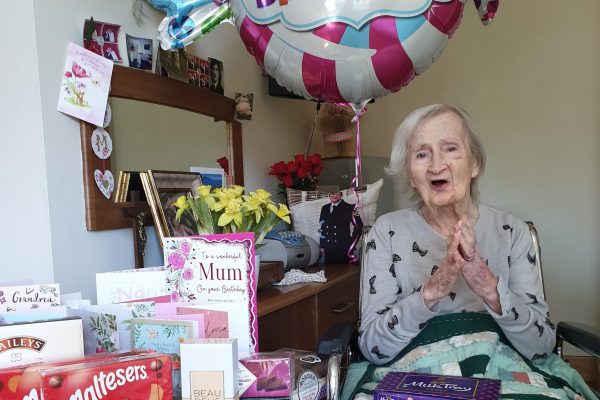